Buy your new inline skates here and watch the ROCES team video to get a first impression of what is possible on inline skates:

There is another special separate category for the very popular size-adjustable inline skates for children. Our top brands in the shop are Roces and Tempish. All signature stunt skates by the Roces team riders are absolute top sellers. Light the fire and engage in the battle to become an aggressive inline skater!

Inline skates must fit 100% and should not be bought one or more shoe sizes larger. We recommend our customers to note the actual shoe size when ordering inline skates. Many models have single or double memory foam insoles which may provide a little more room if you remove them. If your toes are pressing against the front and you have a tight feeling in your foot, you may end up going up a size.

In the case of an inline skate that is too small, it is very important that you have tried it out exclusively in the house, ideally on a carpeted floor. If the first test drive took place on a street, there are often too many signs of use, so that an exchange is not possible. Here in the shop we can only accept new goods in the returns department without exception. Avoid extra costs and always test the size of your inline skates at home. Sitting comfortably on a chair with a soft surface, it works without any problems. 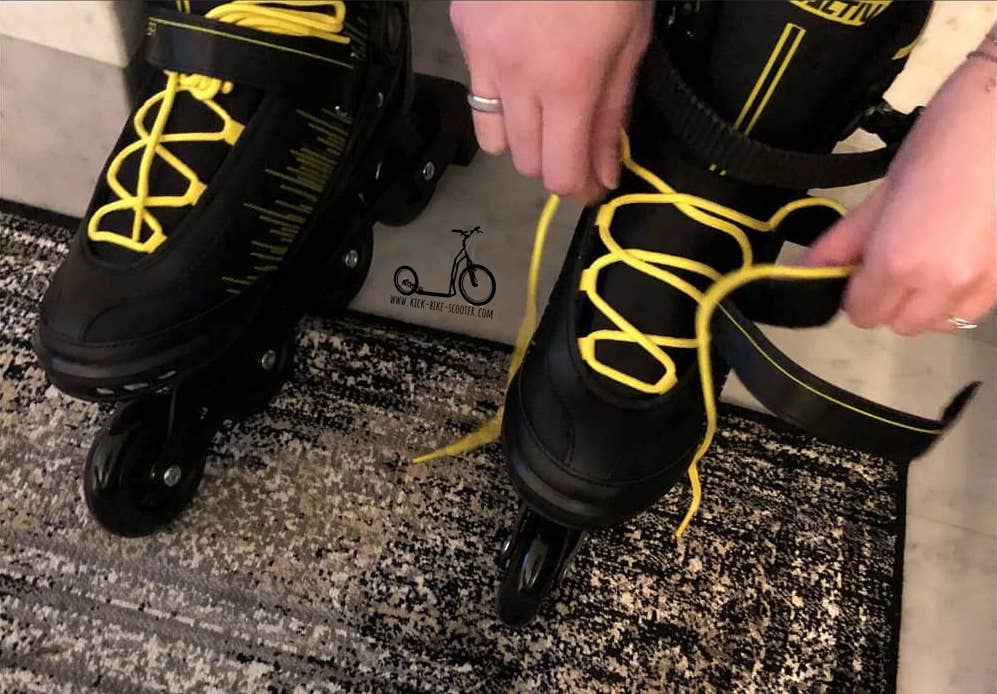 In the case of an exchange campaign, the return costs are borne by the customer, unless there is a technical defect. We deliver a large part of our inline skate collection to you free of charge within 1-3 days throughout Europe including tracking. If you want to be on the safe side, you can order a helmet and maybe even a complete protection set with the new inline skates. Good inline skate protectors are essential when skating in a half pipe or bowl. 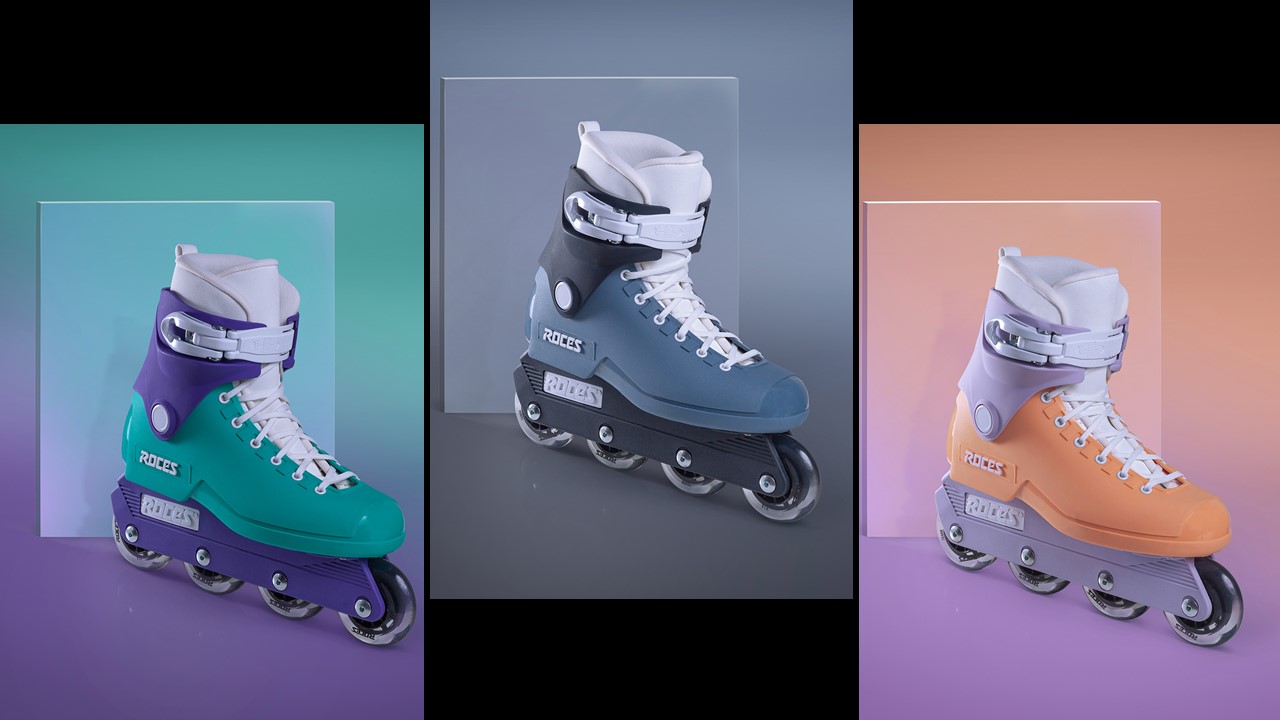 Modern size-adjustable inline skates for children grow with the kids and can be used from shoe size x to y. So more than just one season of inline fun is guaranteed. Tip: use the size search filter to get the perfect product selection presented in the #KBS inline skate shop categories. 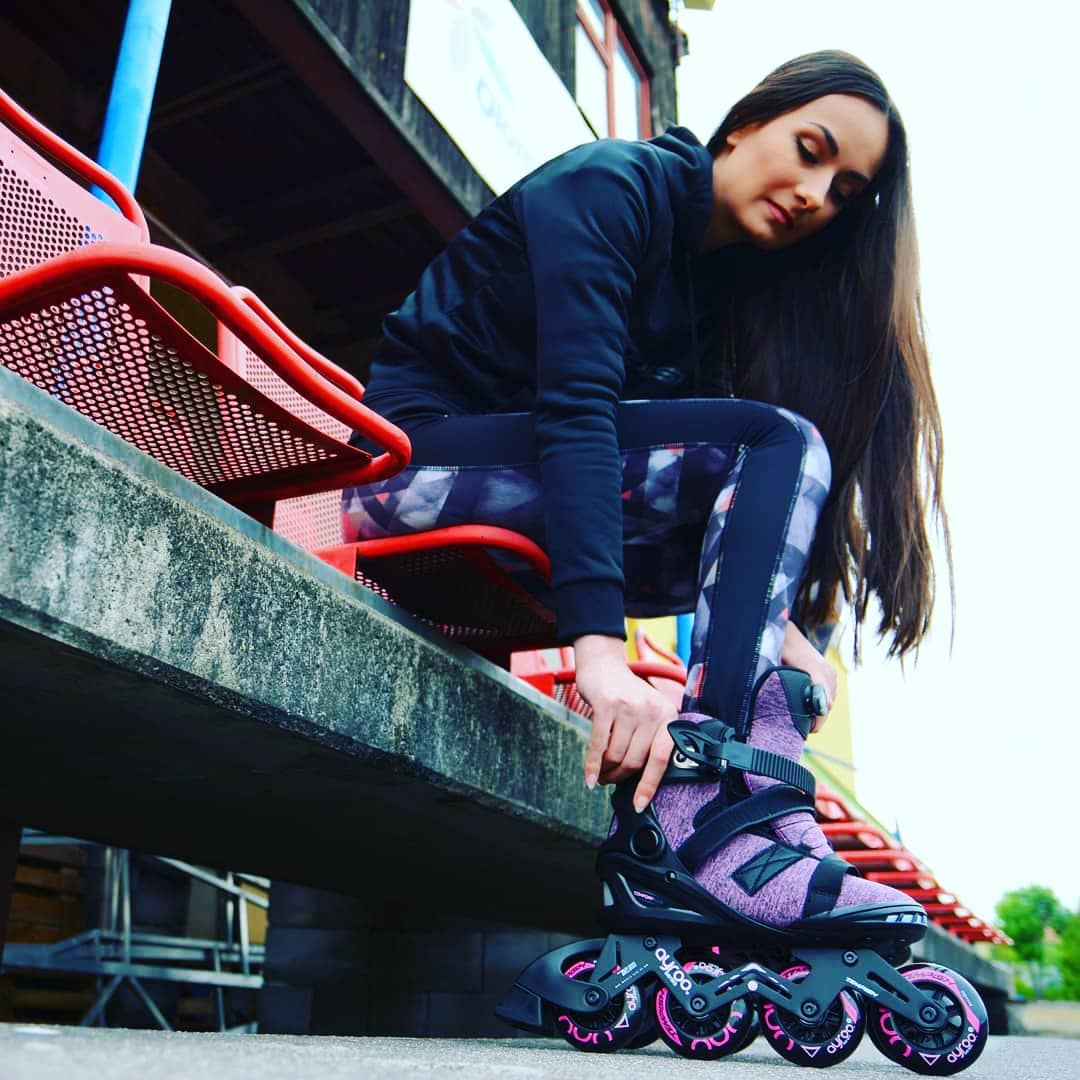 The retro stunt and progressive inline skates of the 90's are experiencing a mega comeback and are being re-produced in full! Get on the hype and revive the inline skates in you. Nowadays, a new, even more blatant generation is on the 4x wheels at the spots. Show the kids your old school tricks and live the ROCES feeling together with the #KBS Inliner Team.